Tips to Secure Your Health in Restaurants

In recent years, we have lost millions of people to illnesses that were alien to us. However, it is no longer unusual to see young people bedridden over common diseases like malaria, diabetes, kidney failure and other sorts of aliments. Quite often these diseases could’ve been prevented by our body’s defense system: our immune system. Our immune system is invariably affected by what we eat and drink. Therefore, this article discusses tips to secure your health in restaurants.

Few years ago, a restaurant was sealed up by a law enforcement agency over cooking their meals in a terribly dirty environment with gutter and all sorts of sewage all over the place yet, they had one of the best décor, and ambience that would easily attract customers.

On the other hand, we spend lots of money to keep ourselves and our environments healthy. We are conscious of the food we eat and are careful about where we buy them yet, we let our guards down when we visit these restaurants. But these aren’t times to be nonchalant about health issues because of the increase in several diseases which are not common to us.

Therefore, it is important to be concerned about HOW AND WHERE YOUR MEALS ARE PREPARED. You are not going to be whipped for that. Do not be consumed or deceived by the ambience and décor because some restaurants have bad management principles and only care about driving sales and profit at the expense of standard hygiene.

How to make Informed Health Decisions on Restaurants

1. Read the Reviews
Ensure that you visit www.naijreview.com before and after visiting a restaurant to rate and add reviews. This is very important because it will either benefit you or someone else. Check out for reviews and see what others have to say about the restaurant or hotel you are about to visit. “Are their services okay?”, “How do they treat their customers?”, “How clean and healthy is their environment?” Note that most reviews tend to answer these salient questions and through them you are safeguarded and are sure to enjoy a food service and a healthy meal.

2. Pay Attention to the Little Details
Sometimes, it is about how the waiter holds your drink. It might surprise you to know that some waiters can go as far as holding your glass of drink at the tip, which can transfers germs from the waiters hands to your drinks. Observe if the waiter maintains good hygiene, ask yourself questions like: “Is the server’s hair unkept?”, “Are the server’s nails well trimmed?”, “Are the server’s hands dirty?”, These unhygienic practices can easily cause sickness. Make sure to note such observations on naijreview.com. 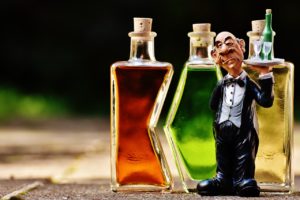 3. Tell Them What They are Doing Wrong or Right
Most organizations definitely appreciate feedback because it helps them improve on their services. If you are displeased about their services, you should ensure that you politely call their attention by expressing what they are doing wrong. 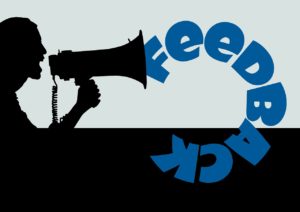 If they are conscious about giving quality services they will certainly listen and make amendments. Likewise, if you like their services or notice other things they are doing right, don’t hesitate to acknowledge and share on naijreview.com.

Hope you enjoyed this piece? Kindly post your comments below, rate or add reviews.
Your Opinion Matters to Us.
Don’t forget to download our app and follow us on our social media channels: @naijreview.